Groundwork Studio has been working with community members and the City of Las Vegas to actualize the conceptual master plan that was created through a Community Design Workshop in 2018. The three-day workshop was attended by representatives from every part of Las Vegas and its surroundings and included much discussion, debate, and idea exchange regarding the future of the Gallinas River Park. The final construction documents are a compilation of all the ideas and recommendations and desires expressed during the workshop and through individual and group conversations for the past three years.  It is also a document that exhibits how the best can result from compromise and collaboration.  The construction drawings are based entirely upon the master plan.

The park plan calls for making the unattractive, chain link fence separating the trail from Highlands University campus interesting; parts will be vine-covered; other parts will be artfully painted. Further south is a block long, most unsightly, concrete barrier that hugs the east side of the trail.  It will be replaced with custom designed, river themed fencing. The railing at the north end of the trail that closes it to vehicles – a utilitarian piece of pipe – will be replaced with a custom designed, river themed gate. Other sites dotted along the river walk will be devoted to public art. Opposite the old trolley barn (now the McCaffrey Media Arts Building) an abandoned rail spur can be seen. The small space near it is designated as the Railspur Sculpture Garden. At the south end of the river walk on the west side near the first foot bridge is a big fallen cottonwood. Instead of hauling it off, the plan is to convert it to something eye-worthy, a dragon or other fanciful creature. Many of the sites up and down the trail will become small gathering places. They might be places to contemplate scenic views or appreciate works of art, or just to sit.

A park is not a park without play spaces for children, and if it is a river park, good fishing spots are a must as well. Strategically placed flat-top boulders plus a fishing deck are spotted up and down the river and provide reliable access to the fish. Since it is essential that park amenities be accessible to all, an ADA (Americans with Disabilities) fishing/observation platform is planned at the bird watching pond. On either side of Bridge Street, two nature play areas pop up where children of any and all ages can gather and let their imaginations rule. Other park essentials include an amphitheater, an outdoor classroom, more trash cans, lighting for safety, and walkway repair. The exercise equipment, installed ten years ago or so, will be replaced and grouped in a single designated space for easier access.

River Walk users may observe the dense Bosque on the northern section of river and wonder how some of the planned structures and especially fishing access can possibly work in such a thickly vegetated space. The area is indeed in need of thinning, and that task is to be directed by Tierra y Montes Soil and Conservation District – Las Vegas. The work will be carefully supervised with understory, dead growth and invasive species of trees, such as Siberian Elm, to be removed. All parties concerned with both river restoration and park revitalization have been particularly attentive to the need to work together. Oxbow Ecological Engineering, LLC, the organization that plotted the stages of river restoration, Watershed Artisans, the construction company implementing the restoration plan, Groundwork Studio, the designer of the park, and Tierra y Montes Soil and Conservation, routinely check and ascertain that they are not getting in each other’s way as they progress toward completion of their various tasks. 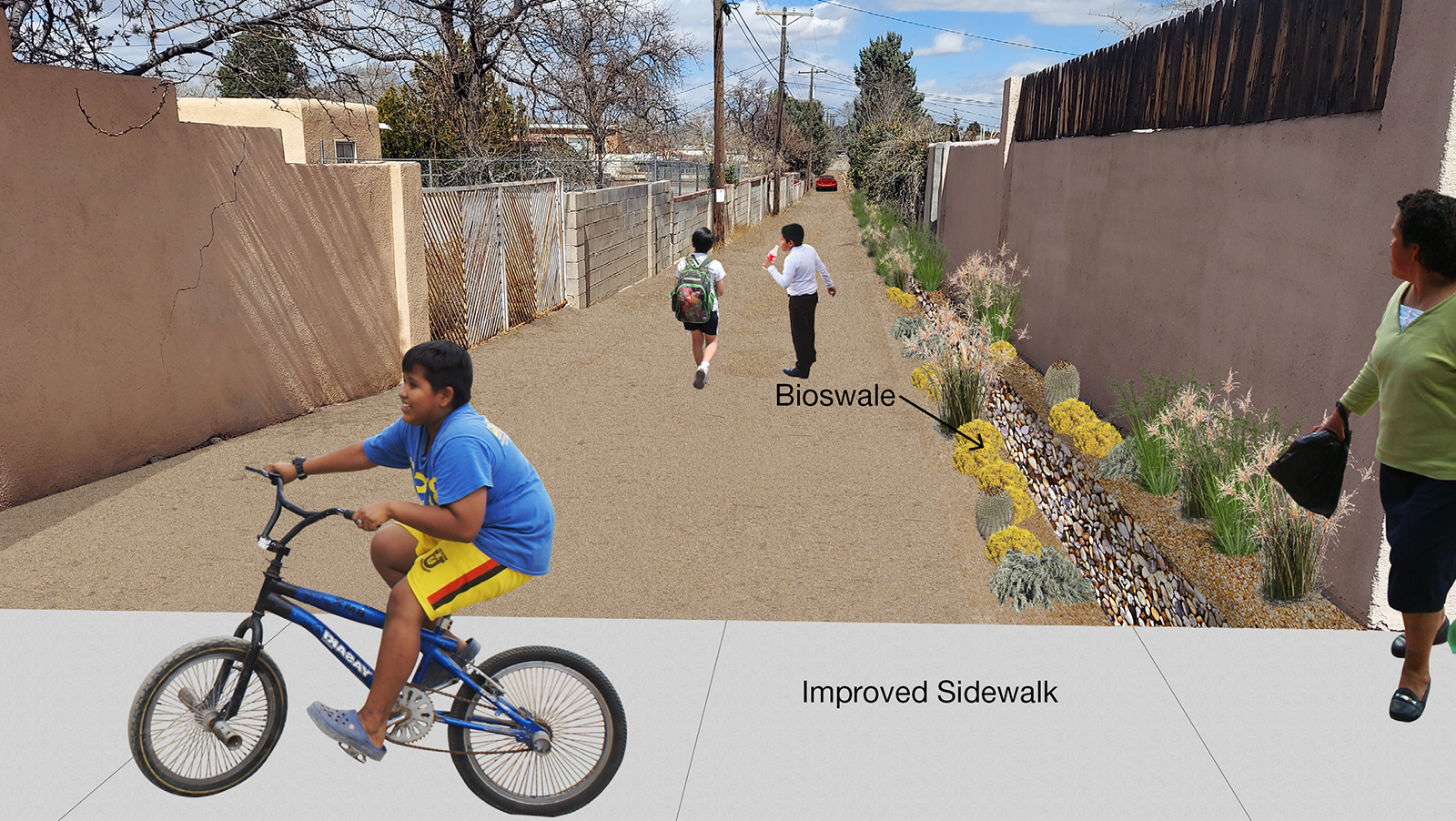