Pop Up Playground in the Park

At first glance, one might wonder, Is this a paint-ball course? A mini-rendition of Game of Thrones? A construction site with a slip n’ slide? Not quite. It is the site of a Pop Up Playground. Pop Up Playgrounds are events that encourage children (and adults) to create their own playground with materials, tools, teamwork and space. Using cardboard, wood pallets, tarps, fabric, scrap wood, mud and other loose parts, children work with families and new friends to build and paint forts, slides, teepees and whatever their imaginations inspire.

For those feeling less adventurous, a crafting area was set-up with a variety of materials, including small branches, cut-flowers, string, seashells and rocks. The crafting area also allowed people to sit down and enjoy some shade amidst the surrounding construction. 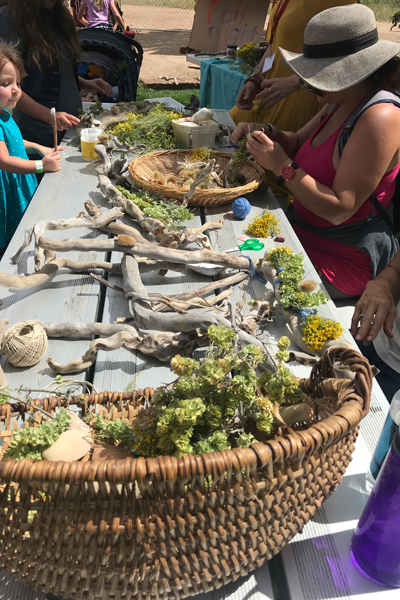